Picking Up where the Body’s Own Electrical Current Fails

The Painmaster Micro Current Therapy (MCT) Patch was developed after an extensive four-year period of research and development. Since then, Painmaster MCT has advanced the perceived boundaries of Micro Current Therapy, generating a miniature product with outstanding performance and quality. This has been accomplished by joining technology companies of research and advanced manufacturing techniques into a partnership with academia.

See the column on the right for research papers and clinical studies.

The Painmaster MCT currents are finely tuned to the level of the normal electrical exchanges which take place at the body at the cellular level. These currents have the ability to penetrate the cell – as opposed to passing over the cell as other stimulation devices do. The Painmaster MCT technology is based on the ARNDT – SCHULTZ Law which states that: “Weak stimuli increases physiological activity and very strong stimuli inhibit or abolish activity.

Double – Blind Studies by LERNER AND KIRSCH show the effect of MENS (Micro current Electrical Neuromuscular Stimulation). Internal exchanges within the body have been long understood by medical practitioners. Applying that knowledge has been slow in developing.

Your Body and Its Electrical Energy 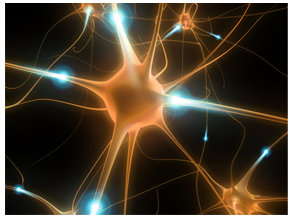 The world of advanced medical research has focused important efforts on the electrical nature of life.
It is known that every living being consists of individual cells whose nuclei possess a positive electrical charge and a negative electrical charge in the surrounding membrane. These cells along with the body’s nervous system function with their own direct (DC) current and pulse (DC) energy. Without this current and energy, life would not exist.

Generally, pain commences when capillary pores dilate, admitting quantities of blood proteins into cellular areas. In turn, fluids and inflammation build up causing pain – the result of some cells being deprived of proper oxygen and nutrients, which then causes poor cellular function.

With this in mind, medical and biological research has determined that the use of proper electrical energy can stimulate and enhance the circulatory system in addition to every cell in the human body. The use of Painmaster MCT self -adhesive electro- patches, which emit small amounts of electrical energy, may help your body to overcome pain significantly, possibly relieving musculoskeletal discomfort.

Micro current therapy aids the human body in creating the ideal environment for self-healing. It helps stimulate an electrical field at the cellular level to enhance circulation. Consequently, as the blood flows more actively through the pain area, it uses more oxygen and promotes a faster, more natural healing.

“The stories of micro current use in the world of sports are many and even include Joe Montana’s remarkable comeback from back surgery."View / Download

“….micro current electrical therapy can be viewed as a catalyst helpful in initiating and sustaining the numerous chemical and electrical reactions that occur in the healing process…”View / Download

“Modern micro current therapy offers a simplified and non-hazardous method for modern practitioners to offer benefits of acupuncture stimulation to their patients”. “A body of research indicates that micro currents can help or accelerate cellular healing mechanisms..."View / Download

“A new method is being recommended when electrical current therapy is indicated in cases such as painful muscular contractions, especially in the spinal area, arthritis and headache…”View / Download

“A new method is being recommended when electrical current therapy is indicated in cases such as painful muscular contractions, especially in the spinal area, arthritis and headache…”View / Download

- Always read the label. Use only as directed.
- Do not rely on this website for medical information.
- For continuing pain consult your doctor.
- Do not self treat serious illness, injury or pain.
- For proper diagnosis of pain, consult your doctor
- Painmaster will not relieve all types of pain or provide relief for every user