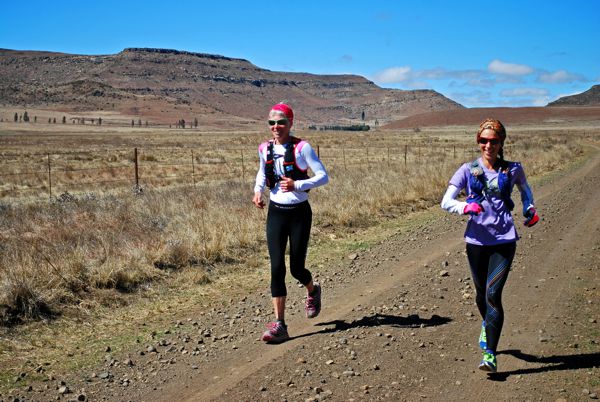 I recently completed a 1968km run across the remote trails in South Africa over 32 days. I averaged a touch of 60kms everyday and everyday was significantly different in terrain and landscape. Obviously one of my greatest concerns leading into this expedition styled run, was how my body would manage backing up everyday for over a month. The undertaking was a big jump from what I had previously done, and it was hard to comprehend how sore I might be.

A couple of days before I left to South Africa, one of my friends Erica King from Running Divas told me about the Painmaster and suggested it would be worth taking it with me – as I had ‘nothing to lose’.

I am hearing more and more whispers of micro current therapy (MCT) and was intrigued to see what this would be like. I was initially pretty in the dark to the science behind how particular MCT device would supports recovery, but I was eager to use this technique in addition to my use of recovery powders (Infinit and Turbo Superfood) and compression garments (CW-X). After some research I realised the MCT relieves pain in addition to rehabilitative care. Tick tick!

Firstly the Painmaster is very portable and light. There are no separate batteries and you receive a couple of patches that attach to the micro current device. Muscularly I was pretty good over the first couple of days of the run but I decided to use the Painmaster to support the injured cells. I half-expected there to be a strong current when I used the device but there was no noticeable muscle contraction. I have later learnt that you need to be cautious of micro tens machines that cause major muscle contractions.

I read that the battery would last around 250 hours, so I did a quick calculation on day 1 and realised I could use the Painmaster for up to 7 hours every night. Whilst this would have been ideal there were some nights when I came in from the run and I just didn’t get round to it.

So how did it go?
Predominately I used the Painmaster on my knees to reduce any discomfort I might be feeling, Every so often I would have slight inflammation and I would make sure I wore the device as soon as I showered from the run up until the morning. As there are no cords, you are able to walk around normally and they don’t cause any issues whilst sleeping.

As I was using the patches so much they started to lose there stickiness, so I affixed them with some rocktape.

Initially it was hard to know whether the Painmaster was relieving pain/reducing inflammation or I was appropriately trained to deal with the first weeks mileage. But as the days and weeks went on, I would definitely say the strength of my knees were largely in part due to the Painmaster. The other factors were rest and highly nutritious food. I couldn’t have been happier with how my knees held up – especially considering they are often sore after a single staged ultramarathon.

NB: I had other muscular problems that I dealt with in different ways, as I wanted to keep the Painmaster on my knees – as that was my major concern. 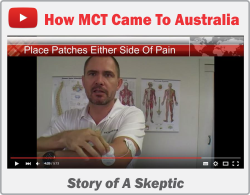